Obtaining a Work Permit in Thailand

As in any other country in the world, foreigners require a governmental permission prior to working in Thailand. In this article, we will explain the administrative process related to the application for a work permit. Individuals applying for Thai work permits must qualify under the Thai law. The applicant must have the knowledge or skills to perform the work as stated in the description of the position provided in the application for the work permit. Thai law also requires that the foreign national is not insane or mentally sick, nor sick of leprosy, tuberculosis, drug addiction, alcoholism and elephantiasis, and not having been imprisoned for violations of the immigration law or the foreign employment law in the year before applying for a work permit.

Before a foreign employee arrives in Thailand, he/she must contact a Thai Embassy or Consulate to obtain a Non-Immigrant Class “B” Visa for himself and Non-Immigrant Class “O” Visas for any family members accompanying the foreign national. This visa application must be supported by an invitation letter from the future employer and other documentation. When the foreign employee and family members arrive in Thailand under the Non-Immigrant Visas, the Immigration officer at the point of entry will usually grant them a three-month permission to stay.

After the foreign employee has arrived in Thailand with a Non-Immigrant “B” Visa, he can apply for a work permit. Work is defined as “the engagement in work by exerting energy or using knowledge for the purpose of obtaining wages or other benefits.” Foreign directors of Thai companies require a work permit as even a signature made while in Thailand is considered as work according to the work permit rules. After the work permit application is submitted to the Labor Department, the official will make a decision on the application within 15 (fifteen) days. For companies with registered capital of 30 (thirty) Million Thai Baht or more, the approval takes place usually within the same day. If the work permit is approved, the foreign employee must appear before the Labor Department and sign the work permit in the presence of a labor official. 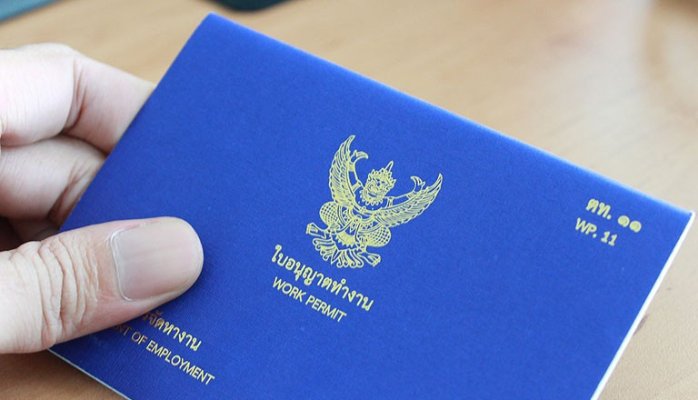 For the most part, jobs that require special skills or technical proficiency are usually granted work permits, so long as the company who wishes to employ them can meet the qualifications. These may include but are not limited to computer technicians, engineers, business consultants, etc. Work that is readily available and easily provided by Thai nationals are harder to obtain work permits for, in some cases impossible; these may include manual labor positions, basic secretarial and clerical positions, housekeeping and domestic service staff, etc. Certain specific professions are reserved by law for Thai nationals, such as architect, civil engineer, and any occupation which involves financial services, such as auditor, secretary, or controller.

Thai companies with registered capital of not less than two million THB may employ a foreign national. For every two million THB, one foreign national will be permitted to apply for a work permit, up to a maximum of ten (10). Documentary evidence of registered capital and operating capital, movement of entries in bank accounts, as well as financial statements from previous years will be required. Also a certificate of incorporation as a juristic person under the Civil and Commercial Code and a copy of the shareholders list (form Bor Or Jor 5) or financial statement of the company certified by a CPA, after deductions of receivables and loan and other expenses.
The employing company must furthermore employ four Thai employees for each work permit. In the first year of business after the registration of a new company, the Labor Department may allow a ratio of only Two Thai employees per work permit, i.e. per foreigner working in the company.

Please feel free to contact us if you have any inquiries regarding the above: [email protected]