Legalization of Cannabis in Thailand

Before its ban in 1934, cannabis was an essential part of the rural culture in Thailand. It was used as medicine, as fiber for clothing and even as a traditional spice for the Thai boat noodle soup. Under the Marijuana Act, B.E. 2477, released in 1934, the possession, usage and sale of cannabis was criminalized and punished. Although the climatic conditions to produce cannabis in Thailand are excellent and the value of the plant for agriculture is immense, Thailand followed the anti-drug course; as one of the original signatories of the International Opium Convention of 1912 (Den Hague) Thailand announced in 1976 the Narcotics Control Act, B.E. 2519 and its amendments in 1985 (Narcotics Act No. 2) and 1987 (Narcotics Act No. 3)

Since then cannabis was classified as a Category 5 narcotic and Thailand forfeited its status as one of the world’s largest exporters of cannabis. Consequences of this classification: those trying to profit from the cultivation and trade of cannabis face imprisonment of up to 15 years and substantial financial fines.

Now that the medical and even recreational use of cannabis was legalized in several countries the Thai Government is in the process of approving the legalization of cannabis for medical use and research as well. The approval of medical cannabis will be a turning point in Thailand’s zero-tolerance politic on drugs; Thailand will be the first country in Southeast Asia to legalize cannabis. 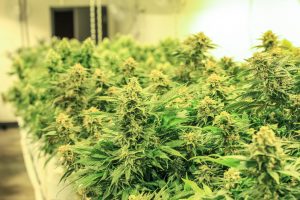 The new drug law in brief:

After all, this development draws the attention of foreign companies and investors of the global cannabis market to Thailand. Thailand’s geographical position and favorable climate could help to cut the costs in production and the business of import/export. However, it remains to be seen whether foreign companies will be able to file patents on cannabis and hence exclude Thai companies from the billion market.