Preparing a Joint Thai Will

Preparing a Thai will is, for various reasons, highly recommended for foreigners residing in Thailand, in particular, property owners. In many cases, a so-called joint will is a particularly useful legal structure.

In the case of the mixed race, married couple in Thailand, the will may stipulate that the estate, including real property, of the foreign spouse is inherited by the common children. Also, other terms could be stipulated in the will, such as a liquidation of assets, etc.

Furthermore, the joint will may stipulate specifically agreed terms for the event of the Thai spouse being the first to pass. This would address the potentially problematic situation of the Thai family attempting to unduly take on the estate. 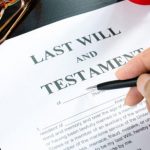 It is also interesting to note that the Thai Land Department recommends the establishment of a joint will in combination with registration of usufruct as a suitable legal structure for property acquisitions by foreigners.

Feel free to contact us if you have any questions regarding the above: [email protected]

How To Legally Rent Out A Property…